We have a lot to be thankful for in 2013.
Look at the protests now going on in Bangkok. After some initial clashes at the beginning both sides have become non-violent.
One can praise the government of Prime Minister Yingluck Shinawatra for this. She ordered the gates and doors of the ministry of the interior, of the police and the Thai equivalent of Scotland Yard/FBI to be opened. The protesters poured into the buildings and then left- bored.
In the Ukraine after a couple of nights of police brutality President Vikto Yanukovych ordered the police to restrain themselves. Both sides now use peaceful tactics.
Non-violence a la Gandhi and Martin Luther King doesn’t always achieve its objectives, but it keeps the political temperature down and avoids many deaths. It is more likely to work when there is a grave injustice.
This is not the case either in Thailand or Ukraine. Indeed in Thailand it is the middle class protesting at the government’s policies of favouring the poor and the rural peasantry, although the demonstrators are not trying to take away the progress the poor have already made. 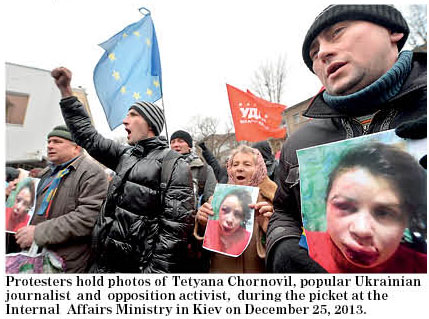 In Ukraine the pro-EU protesters seem a bit too single minded and exclusive- ignoring the history of Ukraine which was the cradle of Russian civilization and the home of the Church after it fled Constantinople- and that later moved its epicentre to Moscow. The peaceful self-discipline of both groups of protesters and their governments is a step forward for humanity.
Another plus for the world: a survey done earlier this year shows that public facilities in the poorest regions of India have steadily expanded, improving the lives of people there, write development economists Jean Dreze and Amartya Sen in their new book.
Not so long ago, public facilities in the poorest districts of India were few and far between. Most people lived in the shadow of hunger, insecurity and exploitation, with no public support in their hour of need. Many villages had no school, no health centre, no ration shop, no approach road, no post office, no telephone, no electricity and sometimes no convenient source of drinking water. Now they often do. 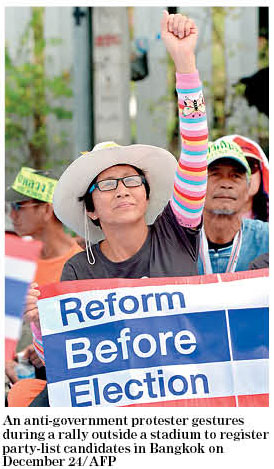 During the last 10 years, student volunteers have been conducting regular field surveys in various parts of the country. They report that most families have a “Job Card”, and are able to get some employment on local public works under the National Rural Employment Guarantee Act. Or buy cheap food under the Public Distribution System. More and more children go to school, where often they get a reasonably good meal. A sharply increasing number of them have been vaccinated. Many widows and elderly people get a small but valuable pension.
In the Third World there are still 1.3 billion people earning less than $1.25 a day. Nevertheless, infant mortality rates and the fatality rates of mothers giving birth have sharply improved over the last decade. 130 countries now have 90% innoculation coverage for diphtheria, polio, tetanus and measles. 90% of the world’s people now have improved water supplies. According to the UN’s Human Development report which measures well-being, 72 nations have moved up on the UN’s league table over the last decade. Sub-Saharan Africa has seen the biggest improvement of all- by over 80%. Africa’s GNP also is growing fast. Some of its countries are among the top ten fastest growing in the world. It has more mobile phones than the whole of Europe.
The new pope, Francis, has set his congregation of 1.2 billion alight. The largest religious denomination in the world now has a leader who seems to believe intensely in applying the teaching of Jesus Christ whose chief admonition was to love God and love one’s neighbour as oneself, particularly the poor and the outcasts.
Apparently, the pope goes out incognito at night to minister to the poor in the back streets and the river bank of Rome where they sleep in the open. He hugs the disfigured. Lately, he has sharply criticised the materialism of capitalism and didn’t mince his words when he spoke about the way the well-to-do live when so many people are poor.
Tragically, another great religion has serious troubles. Too many Muslim Sunnis and Shi’ites are at each others’ throats. Francis’s message of love, which is also Mohammed’s, badly needs to be acted upon.
Another piece of good news is that the murder rate the world over, except in many parts of “Christian” Latin America is falling.
The number of wars has dramatically fallen over the last 20 years, as has the number of battlefield deaths. With southern Sudan, Syria and other countries in flames it might not look like it, but blame our media. “If it bleeds it leads” is too often their mantra.
We do live in a better world. Long may these trends continue.