A A A
The military is running amok, arming itself with sweeping legislative powers after the Supreme Constitutional Court consisting of judges appointed by ousted President Mubarak declared that the composition of parliament was unconstitutional and called for its dissolution. A day before the judgment, the Justice Ministry issued a decree giving military officers, military police and war intelligence officers the right to arrest civilians under the criminal procedures law. 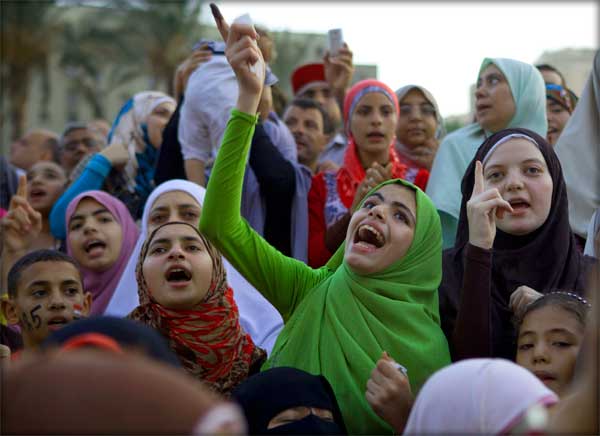 Leading human rights activists in Egypt decried the double-barrel development and denounced it as illegal and being worse than the state of emergency, which the ruling junta lifted on May 31. 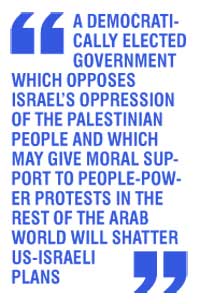 Mohamed Zaree, project manager at the Cairo Institute for Human Rights Studies said: “It is not within the military’s authority to arrest civilians, unless they are harming military property, like jets, submarines and military factories — not civilians that are violating criminal law, which is the job of the police.”
Magda Boutros, criminal justice director at the Egyptian Initiative for Personal Rights said: “It allows the military to continue interfering in the daily life of citizens. The timing of the decree confirms the widespread suspicion that the military is looking to retain its powers beyond the scheduled handover to a civilian government at the end of June.”
Aziza Hussein Fathy, a lawyer at the Egyptian Center for Economic and Social Rights (ECESR) said: “It suggests the military won’t truly give up power to civilian rule, which is what we have been calling for, for the past year and a half.”
These human rights activists have filed a petition against the Justice Ministry order but given the junta’s hold on the judiciary, this democracy gobbling draconian decree or the de facto martial law is likely to stay.
In addition to the power to arrest civilians, the Supreme Council of the Armed Forces (SCAF), which has been running the affairs of the state since the ouster of Mubarak, announced on Monday, hours after the voting in the presidential election runoff was completed, that it retained the power to make laws and control the finances of the state until a new parliament was elected and a new constitution adopted. According to this new power, the military will have a bigger say than the elected representatives in the making of the new constitution.

The usurpation of legislative and police powers by the military has made the office of the presidency toothless. The Brotherhood described the moves as a military coup.
Irrespective of whoever is declared the winner in Sunday’s presidential runoff, the military will wield more power than him.
The unfolding drama points to the existence of a deep-state within Egypt. The deep-state is more loyal to its masters in Washington -- and probably Tel Aviv, which was usurping Egypt’s natural gas at lower than market price during the Mubarak regime.
The deep-state believes that democracy favours the Islamists whose hatred of the United States stems largely from Washington’s unwavering support for Israel even when the Zionist state is in the wrong. The masters of the Egyptian deep-state have been alarmed by the revolution and the victory of the Islamists in the November parliamentary elections which saw more than two thirds of the seats being shared among various parties with Islamic tags.
They fear an Islamist president will complete the revolution and free Egypt from its West-worshipping slavery that began with the presidency of Anwar Sadat who some Egyptians believe gave the last cup of coffee, allegedly mixed with some poison, to anti-West President Gamal Abdul Nasser, a highly popular Non-Aligned Movement leader.
The deep-state thrived under Sadat and his successor Mubarak. The Egyptian military is the direct recipient of the more than 1.3 billion dollar military aid which the United States gives it annually.
There is little transparency in how this money is spent. It is these billions from the US that keep the Egyptian military leaders under obligation to serve Washington’s interests – and by extension Israel’s interests. A democratically elected government which opposes Israel’s oppression of the Palestinian people and which may give moral support to people-power protests in the rest of the Arab world will shatter US-Israeli plans. Washington fears the Brotherhood, whose early ideology against colonialism has inspired Osama bin Laden and Ayman al-Zawahiri to take the sword of Jihad. Overtly, Washington has expressed concern over the Egyptian junta’s recent moves giving itself sweeping police and legislative powers.
Secretary of State Hillary Clinton urged a peaceful transfer of power and described the actions of the military as “clearly troubling” whileState Department spokeswoman Victoria Nuland said the United States was concerned over “decisions that appear to prolong the military’s hold on power”.

Pentagon spokesman George Little said the US was troubled by the timing of the military leaders’ announcement and the US would urge them “to relinquish power to civilian elected authorities and to respect the universal rights of the Egyptian people and the rule of law.”
But such statements are only for public consumption. Behind these pronouncements decrying the Egyptian military lie damning moves to strengthen the hand of the deep-state, which is a project of the powers that control even the presidency of the United States. Yes, there exists a deep-state in the United States as well. It consists of Zionist financial leaders and rightwing captains of capitalists who exploit the resources of the developing world through various schemes, including uncalled for wars, as we saw in the invasion of Iraq. 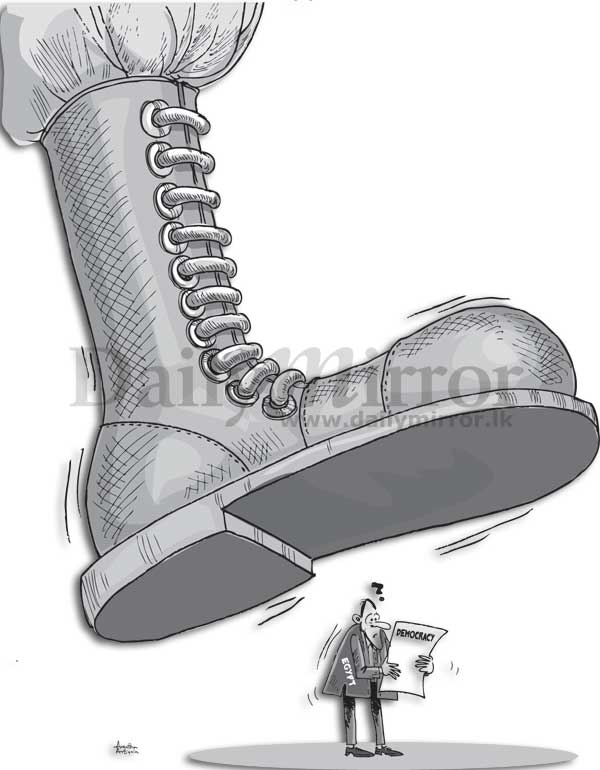 The Egyptian deep-state, groomed and paid by its masters, has its tentacles spread far and wide, penetrating the country’s judicial, social, political and economic institutions. Ahmed Shafiq was the favoured candidate of the deep-state. The Supreme Court which declared the new parliament unconstitutional also overturned a law passed by it preventing anyone who served the Mubarak regime from contesting for public office. The ruling cleared the path for Shafiq to remain in the fray and face the runoff.

Shafiq is now claiming victory in the runoff, challenging the Brotherhood-backed Freedom and Justice Party candidate Mursi’s declaration that he has won. Mursi claims he has got 52 per cent of the votes as opposed to Shafiq’s 48 per cent. Amidst these conflicting reports, the Elections Commission, another deep-state-controlled institution, said on Wednesday that it was postponing the announcement of the results as it needed time to investigate some 400 charges of election malpractice.
One wonders whether the Elections Commission’s decision is part of a deep-state drama scripted by Washington and Tel Aviv. The next scene probably would be the announcement that Shafiq has won. This travesty of the people’s will could be averted only if Cairo’s Tahrir Square comes alive again in full force to jolt the military and the rest of the deep-state. In anticipation of such an outcome, thousands of Egyptians have already gathered in Tahrir Square.  Reports from Egypt indicate that any move to take victory from Mursi and hand it over to Shafiq will reignite the revolution. The junta will do what Mubarak did – kill the revolutionaries. All this indicates turmoil in the coming days in Egypt where the hard-earned democracy is being crushed under the iron heel of the military jackboot.