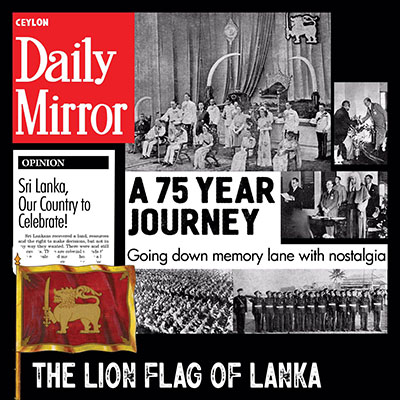 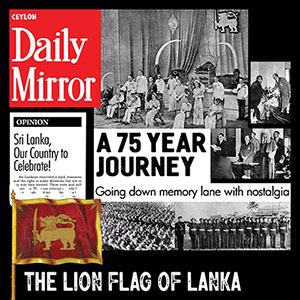 A A A
The remarks became an instant hit in the Arab World which was bearing the brunt of Bush’s gung-ho policies that served the interests of the capitalists, Israel and born-again fundamentalists who were seeking to fast-track their version of Armageddon.
In September 2009, when Chavez addressed the UN General Assembly, he said, “It doesn’t smell like sulphur anymore.” He was trying to make a point that the new President, Barack Obama, was not like the war-mongering Bush.
Speaking highly of Obama, the socialist leader said the new US president was an “intelligent man” and compared him to President John F. Kennedy.
“I hope God will protect Obama from the bullets that killed Kennedy. I hope Obama will be able to look and see, genuinely see, what has to be seen and bring about a change,” Chavez said. 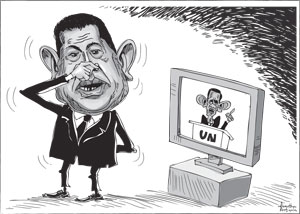 But two months later, Chavez was disappointed that the new US president was no different from his predecessor. Addressing the world climate summit in Copenhagen in December 2009, coincidentally after Obama spoke, Chavez said he could still smell sulphur at the podium. He accused the US president of carrying the same satanic scent that emanated from Bush. In his concluding remarks at the summit where the US stance was seen as a bulwark against the attempts to reach a global accord to protect the environment, Chavez referred to the Nobel-peace-prize-winning US president as the Nobel-war-prize winner.
Chavez is not expected to attend the current UN annual sessions, partly because he is fighting a battle for reelection on October 7 and partly because he is fighting a cancer which he says was the result of a Central Intelligence Agency (CIA) plot to kill him.
If he had been in New York on Tuesday, he would have smelt sulphur again.
Yes, President Obama was economising on the truth, a fast dwindling commodity in the US political armoury. He spoke the half truth and boasted about American values in a speech aimed largely at the US voters ahead of the November 6 elections. In short, he said that everything that the US was doing was right and everything the “others” who did not agree with America were doing was wrong.
If values can be graded, speaking the truth and nothing but the truth will be on top. But we saw Obama armed with half-truths coming out strongly in defence of free speech in what eventually turned out to be an attempt to promote hate speech. The force with which he condemned the protests across the Muslim world was lacking when he deplored the anti-Islam video. With elections round the corner, he could hardly appear to be apologetic.
His speech began with the story of Christopher Stevens, the US ambassador who was killed in Benghazi, Libya during an unruly protest against an abominable movie which went beyond the boundaries of human decency in heaping insults on Prophet Muhammad.
Then he went on to defend the video.
“I know there are some who ask why we don’t just ban such a video. And the answer is enshrined in our laws: Our Constitution protects the right to practise free speech. …. Americans have fought and died around the globe to protect the right of all people to express their views, even views that we profoundly disagree with. We do not do so because we support hateful speech, but because our founders understood that without such protections, the capacity of each individual to express their own views and practice their own faith may be threatened.”
Wait a minute. Did I hear him say the Americans fought and died for free speech?