A A A
Events on the ground indicate that it is only a matter of time before his warning becomes a reality. The kidnapping of Saudi, Turkish and Syrian nationals this week in Lebanon’s Shiite areas where the militia group Hezbollah’s writ runs brings to memory the horrible past of the Lebanese civil war.
In the meantime, the Organisation of Islamic Countries yesterday suspended Syria despite Iran’s objection. It comes as little surprise when most of the OIC countries are influenced by the US and Saudi Arabia. The suspension also shows how desperate the US-Saudi-Qatar-Turkey alliance that seeks regime change in Syria is. Their regime change formula which worked in Libya appears to be stuck in the Syrian quagmire. Annan is right. Syria is not Libya.
This is because the main factors in the regime change formula that saw the ouster of strongman Muammar Gaddafi in a brutal, uncivilised, violent rebellion are missing in the Syrian formula. Yet the West and its supporters in the Middle East are determined to create such factors in the hope that the formula would work.
Let’s analyse some of these factors. 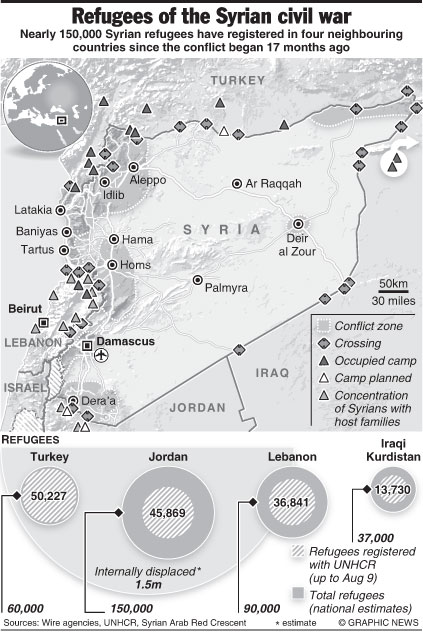