A A A
UNP MP Dayasiri Jayasekara

“It is evident that the government politicians are behind the majority of  incidents that were reported on child molestations and child rapists. This shows the inability of the government and the extent to which the police is politicised. The police are not acting in a stringent manner to catch these criminals. When there is a politician involved they are hesitant to take the necessary steps. This is the way the police has been conducting their activities.”
“Further the government should be aware of these criminals before giving nominations to them to contest in elections. Just because one gets the majority of votes does not mean he is fit enough to hold a seat in the legislature or even in the provincial or urban councils, if he is a criminal. The ruling party is responsible for sending this kind of criminals to represent people. How can one expect good governance from a party which sends rapists and criminals to hold seats in provincial councils? The voters too have a big responsibility to not elect these sort of people to represent them. The government should strip down these criminals from their positions to set an example to the others but we do not see that happening. If the government is not taking any steps it is in the hands of the people to make a stand and reject criminals”
JHU Western Provincial Councillor Udaya Gammanpila 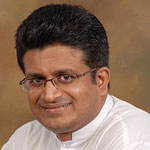 “The value of a human life has been degraded today, the main reason being the atrocious activities of the LTTE. In the past thirty years what most of us saw were the massacres and assassinations carried out by the LTTE. The underworld gangs were also supplied with weapons by the LTTE. However with terrorism wiped off from Sri Lanka, certain politicians are exploiting this situation. They are using these gangs to maintain their dominance in the political world”
“Now when LTTE activities are not making the headlines, these crimes get attention. Today the society has become more violent because the regard for human life was not much valued in the last thirty years when people were just massacred in villages and public places. This is why we need the religious leaders to make a firm stand and steer the society towards a good conscience. It is important even for the politicians to influence people to believe in values and ethics to prevent this adverse trend growing into a bigger phenomenon”
DNA MP Arjuna Ranatunga 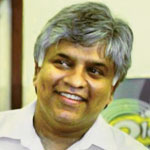 “I personally feel there is no law and order in this country. If someone commits a crime and gets the protection of a powerful figure in the government they are ensured of their safety. We have enough evidence to suggest this and this is the picture that is transmitted to the public by the government. Whether it is the opposition or government politicians if they are with the government they can get away with it. Even if it is a member of the opposition, the government knows how to get that person onto their side no matter what sort of crimes he has committed if it furthers their power and dominance. It is high time for the so called ‘big’ parties to be mindful of the people they are nominating. They should not be nominating people who are convicted or even involved in crime in any way”
“I think the party leaders and party secretaries are to blame for the people who commit crimes while they are holding seats in provincial councils or even in Parliament. This government has even caught criminals who are living abroad but they cannot control crime rates at the provincial level. Instead of appointing the powerful and wealthy as representatives of the people there should be a trend acquired where people who love the country and who have some sort of academic level are appointed.”
Order Gifts to Sri Lanka. See Kapruka's top selling online shopping categories such as Toys, Vegetables, Grocery, Flowers, Birthday Cakes, Fruits, Chocolates, Clothing and Electronics. Also see Kapruka's unique online services such as Money Remittence,News, Courier/Delivery, Food Delivery and over 700 top brands. Also get products from Amazon & Ebay via Kapruka Gloabal Shop into Sri Lanka.