A A A
Forgiveness has always been a sine qua non for reconciliation in every post-war setting, while some may assert that it is the reconciliation process itself that facilitates forgiveness. The act of forgiving can take place at different levels, while reconciliation at a societal level by and large requires a collective effort. Every segment of the Sri Lankan society experienced and suffered from the bloody conflict, which lasted more than two decades. Though the magnitude may vary, each and every Sri Lankan fell victim to the war in one way or the other.
Three years on since the military defeat of the Liberation Tigers of Tamil Ealem (LTTE), Sri Lanka is in the post-war conflict resolution phase.  The state and Sri Lankans of all ethnicities have attempted to make sense of what it means to forgive in order to attain lasting peace in the island country. This piece does not intend to delve into the art of forgiveness for an effective reconciliation process. However, it is to emphasise that this key concept of reconciliation could in fact, prove perilous to the intended outcome- especially when the government projects itself as forgiving towards a specific segment of its own people. 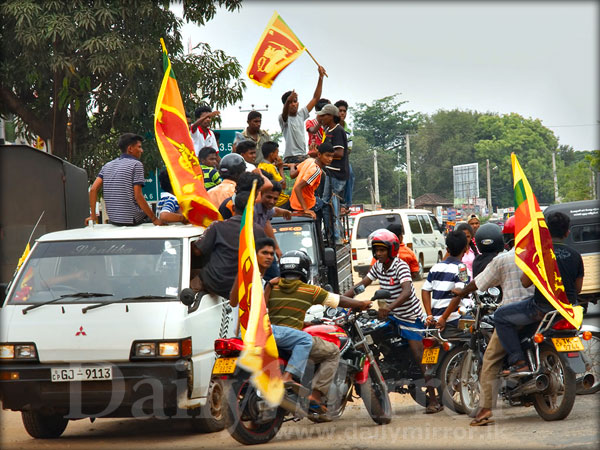 Over the past few years, we occasionally hear few prominent figures repeating the rhetoric that the government is forgiving- that it has granted amnesty and rehabilitated the former cadres and integrated them back to the mainstream society; that it has resettled the Internally Displaced Persons (IDPs); that it is engaging in development projects in the war-torn areas; and that it has done everything- despite what has happened in the past. While these achievements are indeed commendable and deserve utmost recognition, the question arises: is it truly conducive for certain individuals representing the state to unnecessarily project the forgiving posture of the government, in the process of rebuilding trust with the Tamils of Sri Lanka? Who exactly is it that the government has forgiven?
The human nature is prone to embracing the ‘us’ versus ‘them’ mentality, and this dichotomy is further reinforced during conflicts. At an individual and societal level, forgiveness is an integral element for reconciliation in order to mitigate such dichotomy. The state approach however, should naturally be different. Although there are striking differences between a mother who lost her child by an LTTE suicide attack and a mother who saw her young son being forced to take up arms to fight against the government forces, they have something in common. Regardless of their ethnicity, background, and the varying level of faith they have in the government, both are victims of war, and both are equal citizens of Sri Lanka. The social fabric of Sri Lanka has already been damaged extensively during the decades of civil war. The ‘us against them’ narrative may further be reinforced if the state in any degree projects itself as the representative of ‘victorious Sinhalese’ majority. In the post-war setting, the state is vested with a duty to fulfil the responsibility towards their own people, and the government cannot afford to differentiate. When the state forgives, it signifies that a segment of the population requires to be forgiven. It is one thing for the government to forgive the main perpetrators of terrorism and bloodshed in the country. But to extend and direct this gesture to a segment of the population would only further alienate a particular community, and hinder genuine social integration. The state apparatus needs to retain its integrity and professionalism by refraining the use of any concepts or term that insinuate or reinforce the ‘us’ versus ‘them’ mentality at any cost. At the state level, rebuilding the lives of every Sri Lankan should never be driven by a sense of forgiveness, but rather by obligation.
This is not to conclude that the government as a whole is officially taking on this attitude, but it is to remind us that no individuals should hinder the reconciliation process through the association of the government as being forgiving. Neither does it benefit anyone, nor does it boost the government in any way. Those who prefer to emphasise that the bright future of Sri Lanka lies in forgiving and forgetting the past is dangerously mistaken, and is seriously undermining the integrity and the achievements of the government. In the words of Sister Canice Fernando of the Holy Family Convent, “reconciliation does not mean forgetting and forgiving but rather remembering and transforming”. Indeed, it is high time for both the people and the state of Sri Lanka to remember the past, recognise the dignity and the diversity of every community, and to transform and revive the nation so that it can rise from the ashes of the Phoenix.
(The writer is a PhD candidate and a researcher at the   Centre for Transnational Crime Prevention, University of Wollongong, Australia.)
Order Gifts to Sri Lanka. See Kapruka's top selling online shopping categories such as Toys, Vegetables, Grocery, Flowers, Birthday Cakes, Fruits, Chocolates, Clothing and Electronics. Also see Kapruka's unique online services such as Money Remittence,News, Courier/Delivery, Food Delivery and over 700 top brands. Also get products from Amazon & Ebay via Kapruka Gloabal Shop into Sri Lanka.