A A A
The election ended inconclusively requiring a run-off which will be held on June 16 and 17. In the run-up to the run-off, a sham trial ended with former tyrant Hosni Mubarak and his interior minister being sentenced to life on a lesser charge — their failure to stop the killing of some 1,000 pro-democracy protesters. They were cleared of the main charge of being responsible for the killing. The court also cleared Mubarak of corruption charges. The Egyptians, unconvinced, say the Mubaraks had amassed 75 billion dollars during the nearly three-decades of emergency rule. Mubarak’s sons, however, will now face a separate trial for corrupt stock market dealings.

Thus, last Saturday’s judgment did not go well with a majority of the protesters who had brought about the downfall of Mubarak. It was a case of justice being seen to have been done, but in effect not done. The crimes Mubarak and his cronies are alleged to have committed should put them in the same league as Muammar Gaddafi of Libya, Saddam Hussein of Iraq and the Assad family in Syria.
A year before Cairo’s Tahrir Square witnessed the social explosion, Amnesty International in its 2010 report had some kind words for the dictator.  “The government continued to use state of emergency powers to detain peaceful critics and opponents as well as people suspected of security offences or involvement in terrorism. Some were held under administrative detention orders; others were sentenced to prison terms after unfair trials before military courts. Torture and other ill-treatment remained widespread in police cells, security police detention centres and prisons, and in most cases were committed with impunity. The rights to freedom of expression, association and assembly were curtailed; journalists and bloggers were among those detained or prosecuted.”
The Amnesty report, notwithstanding the allegations contained in it, appeared to be generous towards the Mubarak regime, because it had, deliberately or otherwise, omitted the grievous crimes of the dictator’s regime. A woman activist told a journalist colleague that when she and other family members went to see her father, also an activist, at a detention centre, he was brought before them naked. Dissent was crushed the moment it was detected by thousands of spies Mubarak had deployed throughout the country. Such graphic details are rarely found in the reports of west-based human rights NGOs.
Such selectivism adds credence to claims that most human rights NGOs are part of the big game directed by political and business leaders in the west. These NGOs, though they claim they are independent, are run with the funds sent by western governments and the so-called philanthropists who are actually big-time billionaire business people, spearheading the greed-driven capitalism and the plunder of the developing world’s resources. Of course, the funds come with strings attached — human rights NGOs may criticise the West and its allies, but not at the expense of the political and economic interests of the states that fund them or the business interests of the so-called billionaires with bleeding hearts. 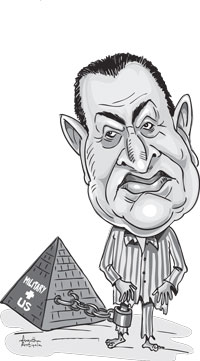 Occasionally, for the sake of credibility, the fund-dependent human rights NGOs censure the nations that send them dollars, sterling pounds and euros. Thus we see human rights NGOs describing the Guantanamo Bay prisons as the current equivalent of the Soviet era Gulag prisons in Siberia. Similarly, their criticism of pro-western nations such as Egypt under Mubarak and Israel, which persecutes the Palestinians, is couched in vague or measured words. This is because the funders of NGOs do not want to over-expose the dictators of their client states to the liberal-minded but easily beguiled people of the west. When the revolution began in Egypt on January 25, 2011, little did the western leaders realise that Mubarak, their man in charge of Egypt, would be toppled. They thought Mubarak was not like Zine El Abidine Ben Ali, the Tunisian dictator who was overthrown by a people’s revolt that gave birth to the now popular term, Arab Spring. They were confident that the brutal measures which Mubarak often employed to suppress dissent would work and in a day or two everything would be back to normal.
But the people power only grew with each death at the hands of Mubarak’s interior ministry thugs. When the writing was on the pyramid for the pharaoh to go, the West, especially the United States, switched sides, praised the revolution and demanded that Mubarak should step down — all for a strategic purpose. So they appeared to support the revolution while they mapped out strategies to protect their interests. Their immediate concern was how to stop the revolution from spreading to the oil-rich Arabian Gulf states, especially Saudi Arabia. Another of their main worries was Israel with whom Egypt had signed a number of treaties ranging from ceasefires and the suppression of the Palestinian people in Gaza to the supply of Egyptian gas to the Zionist state at lower than market prices.
Besides, they were also apprehensive of the prospect of the Muslim Brotherhood, whose members suffered the most under Mubarak, forming Egypt’s next government. Now that the Brotherhood is almost certain to win the run-off, the West has put its plan B into operation, applying pressure on it through third parties and cajoling them by offering inducements. The judgment which virtually exonerated the 84-year-old Mubarak, who is reportedly suffering from cancer, and his cronies blew the lid off the West’s secret scheme and exposed the military leadership. The Brotherhood which won November’s parliamentary elections and the first round of the presidential poll last month, has apparently realised that the final say in the affairs of the state remains with the Supreme Council of the Armed Forces (SCAF). Thus it came as no surprise that the Brotherhood’s presidential candidate Mohamed Mursi joined the thousands of people gathered for a protest at Tahrir Square last Saturday immediately after the verdict in the Mubarak case was read. The main slogan at Tahrir Square which still attracts thousands of protesters daily is that the Army must go. 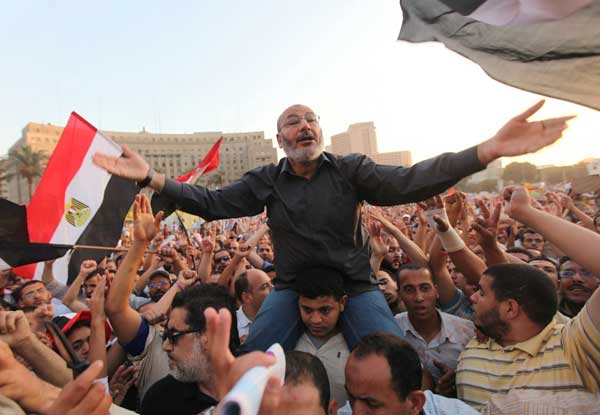 But the Army won’t. Egypt is becoming like Pakistan. The Army is bigger than the state. In February last year, Field Marshal Hussein Tantawi took over the reins from Mubarak, promising civilian rule within 90 days. But general elections were held only in November and the presidential election last month, giving adequate time for the Army to consolidate its power and collude with the West.
Reports from Egypt say Tantawi, who was in Washington when the February 2011 revolt was reaching its peak, had made it clear to the civilian political leaderships that whoever becomes the president, it is the army that will decide on the foreign and defence policies. In other words, Egypt will be a US puppet, just as it had been since the 1979 Camp David accord, and will not take any policy decision that will hurt Israel. 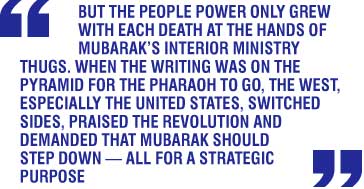 The Brotherhood apparently has compromised. It could have reignited the revolt and demanded that the army must step aside and let democratically elected people run the country. Its reluctance to resort to revolt raises many queries. The Brotherhood’s current outlook is a far cry from the firebrand politics of its founder Hassan al-Banna.
Perhaps, the compromise was necessitated by political realism. Egypt’s economy relies heavily on tourism. The Brotherhood has since steered away from its Shariah-compliant tourism. Tourists would be free to wear, drink and eat what they want, the Brotherhood’s political arm, the Freedom and Justice Party, announced.The FJP’s compromise was a result of a series of close contacts with two pro-US regional players — Turkey and Saudi Arabia. In the former, the Brotherhood finds an example of how a democratic leadership could co-exist with a powerful military and in the latter, it sees billions of dollars in aid, the flow of which is, however, conditional to ‘good behaviour’. Given the Saudi rulers’ special relationship with the US — a relationship that only goes from strength to strength as Washington encourages and endorses Israel’s crimes against humanity and brainwashes US soldiers to nuke and destroy the world’s Muslims — good behaviour means submission to the imperialist United States.However, the emerging picture will be clearer only when the country adopts the new constitution that is being discussed by the 100-member constitutional council and a new president is elected.