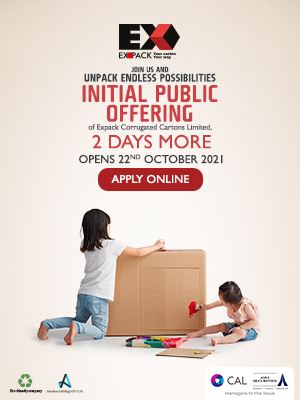 A A A
Howard Schultz chose July 4, the American Independence Day, to put his thoughts on a letter addressed to the nation. Many thought what he had to say, published widely on the web and picked up by most media networks, was timely and relevant. So, how much is the American Dream in danger, the dream that fuelled a nation that built strong and vibrant businesses and was a dream for the rest of the world including us here in Sri Lanka, trying to figure out the Sri Lankan dream?
Starbucks CEO’s letter
The key words Schultz addressed were those that had been worrying to many Americans. The economy, the lack of jobs and the general economic direction of the country – loss of hope and the striving for excellence, once held sacred. In what could be a clarion call for all nations facing tough economic times, the hard hitting words of the Starbucks CEO asked for politicians to stop fighting and for business leaders to stand up and be counted.
“I love America,” said he, “But we all know something is wrong. The deficits of this country must reconcile are much more than financial and our inability to solve our own problems in sapping our national spirit. We are better than this.”
The letter was run as an advertisement by Starbucks in newspapers and websites. What Howard Schultz is saying is loud and clear; he is concerned for the way things have been blindsided, with too many people caught up in the circumstances without knowing what to do, where to go.
In a media interview when asked what prompted him to write the letter, he said that he shares his concerns with his fellow citizens. He acknowledged the role social media and digital platforms played in elevating the letter and its contents to a larger level, drawing attention to the issues raised.
Doing what’s right
When asked if it was right for a CEO of a public company to engage in this kind of an exercise, Schultz answered that Starbucks always believed in balancing profits with a social conscience.
“Starbucks has always tried to manage its business by balancing profitability with a social conscience; for more than 20 years since going public that has served us well. If you look at the history of companies ‘doing the right thing’, most have performed extremely well. Really, we are witnessing a seismic change in consumer behaviour. The amount of information and transparency means we can see so much more, we have more choices and you can see what a company does in terms of what it stands for,” he said.
He was pointing out to Europe – and saying that he did not want to see the same disaster happening in the US and making the American Dream a distant memory. Key words in his speech drove home the fear of reality creeping upon the institutions held sacred in both business outlook and life. Cited was the bankruptcy of Stockton California, news that no one noticed when it was reported. Too many people were being just by-standers and not doing enough to make change happen.
Bringing about change
Schultz’s concerns could not have come at a better time – for the US and the world. Too many people are in denial or lost in the mirth of ‘things will get better eventually’.  It is a little like the frog placed in the boiling water; it does not notice what is happening even when the heat rises.
Trouble is, as Schultz so rightly warns, people begin to settle for the average or sometimes even below the average. It just doesn’t matter anymore to excel, to go above board, to do things that demand excellence both in business and everyday living. We begin to settle for the mediocre and that could be dangerous.
When disaster happened, in times gone by, we would learn to fight back, to demand that things be put right, examine the reasons why, what went wrong, in the first place. And we would spring back from the edge of the precipice, ready to take on the world. But not anymore, so it seems.
Somehow, the words ring true not just for America but for us here at home too. Too many of us love this country to give up on its capacity and capability. Yet, how many of us or our own business leaders and CEOs would have the courage to stand up and be counted? How many of us would eventually realize that we could do better than this? And have the courage and the opportunity to bring about change?
(Nayomini, a senior journalist, writer and a PR professional can be contacted at nayominiweerasooriya@gmail.com)