A A A
Fair enough! But are women supposed to have the same kind of ambition as men to earn plum jobs – or are they supposed to give it up at the point of starting a family or taking care of their children?
There are ambitious women out there who have achieved lofty career goals and gone places. However, the core of this topic is; is ambition bad for women or are we unfairly being accused of pursuing ambitions?
Transsexual neuroscientist Ben Barres at the Stanford University once said that as a man, he found that he is treated with more respect and interrupted less often. He reported recalling a faculty member say, “Ben Barres gave a great seminar today, but then his work is much better than his sister’s.” Sister of course meant his female version, Barbara. Has this kind of experiences got something to do with a fact that a woman is expected to perform less than her male counterpart at work?
According to research, it seems that for years, women and girls tend to underestimate themselves when compared to men. A new study conducted by the global communications firm Fleishman Hillard and Hearst magazines has found that younger women entering the workforce are likely to see themselves as equal as or better than men. Of the Generation Y women interviewed, 70% thought they were better communicators and better at recovering from a crisis. 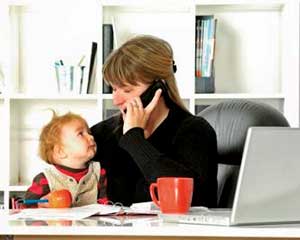 Over 70% of high school valedictorians in the USA in 2012 were women. Even here in Sri Lanka, we have seen more female students graduate from universities on the whole. According to a McKinsey Research report, 53% of young women over 47% of young men get into entry level jobs in the US.
So far so good – but the statistics about climbing the ladder tell a different story. The figures drop to 37 % for mid-managers and to 26 % for vice presidents and up. Data confirms that even in today’s widely open world of business, a mere 4% of Fortune 500 companies is headed by women. Ten years ago, 14% of all seats on company boards were occupied by women - today, it’s 17%. Experts are wondering if the glass ceiling in some places is thicker than imagined, or is there something more to it? Is ambition left out of the shopping cart of would-be female managers?
Are the biggest challenges stuck somewhere in our mindset?  Do some of us perceive that high- flying careers are not for everyone? Or is it a case of underestimating what you can do? There are success stories of women who came in from the blues to create companies and change course of history, but they are too few and far between. What about the women climbing the ladder today?
Granted there are many challenges that face women at work. Maternity leave is always a thorny issue and so is time taken to raise kids.  Although there are stay-at-home fathers, they are too few and far between, even in developed economies such as the USA. Inevitably, the burden of domestic management falls on the woman. She is expected to take care of the kids, the cooking and the management of the household. Even with a caring husband helping out, the workload can tempt one to terminate a career and stay at home. Or worse, languish in a slot of a career that is going nowhere.
Of course, there are women who have emerged victorious through it all, heading stellar careers but they have always paid a price for it, some skeptic will grimace.
In her book, Lean In, Sheryl Sandberg notes that few women will aspire to a big career and bigger salaries. Being ambitious doesn’t seem to be among the goals set out by the majority of women. What does it really mean for the hundreds of female graduates who seem to enter the workforce with such fervor and determination to succeed?
Support services provided by some corporate institutes do help, according to industry estimates but the support services can be few and far between. Analysts believe that the gap occurs not only as a result of women not getting the opportunities but not wanting to take up those opportunities.
One area that can help is a mentor programme, which can be built on by industry leaders and opinion makers among female leaders. They can always play a role of a persuader but that of course, is a subject for another day.
There are many questions we need to ask ourselves; why women, not all of course, but the majority, seem to put ambition on the back burner – answers are needed not only for ourselves but also for the future generations who will be shaped by what we believe in and achieve.
(Nayomini is a senior journalist , writer and a PR professional and can be contacted at nayominiweerasooriya@gmail.com.)