A A A
In comparison the Soviet Union lost 15,000 during its 9 year long war between 1979 and 89.
The Union politically had not much to show for it and it is a safe bet to say that the US and their NATO allies, unless they pull their finger out, will not have much on the political front to show for it by the time they complete in 2014 the withdrawal that has already begun.
As did the Soviet Union the US and NATO will leave behind better roads, schools, health clinics and the rest. In fact in the last few years there has been a remarkable increase in Afghanistan’s growth rate with infant mortality falling fast and the number of children being educated rising rapidly, but politics has a habit in Afghanistan of short-changing humanitarian gains.
But does this have to be so?
Taliban, Taliban, Taliban, says the Western chorus, almost hysterically - as if it was the worst guerrilla movement the world had ever encountered. Compared with other insurgent movements around the world it is rather weak. Compare it with the opposition fighters in Libya eighteen months ago or in Syria today where they are waging a war that has devastated a large part of many towns or in Somalia or the Congo where insurgency has brought the countries to their knees. The havoc wrought by the Taliban does not compare with what the North Vietnamese and the Viet Cong did in Vietnam or the Khmer Rouge in Cambodia. Only because the Taliban gave refuge for a while to Osama bin Laden has it been singled out for the punishing treatment of the last decade, yet it has not wrecked a degree of violence that compares with the above. 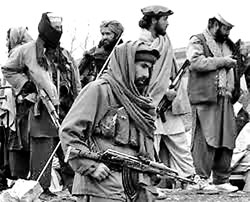 What are the impediments? Al Qaeda? According to the CIA there are between 50 and 100 of its fighters left. If rooting them out has been the primary aim then the US is spending a billion dollars per terrorist per year. Of course the original purpose of this war - to destroy Al Qaeda not the Taliban - is now lost in the mists of history. It was Al Qaeda not the Taliban that destroyed New York’s twin towers. Indeed the Taliban has never shot a single bullet nor planted a bomb outside Afghanistan and Pakistan.
The Taliban? The West must learn to see the Taliban through Afghan eyes. As James Ferguson wrote in Prospect magazine, “The regime of the Taliban’s Mullah Omar from 1996 to 2001 was never as bad as it was portrayed”. The Taliban emerged in 1994 following the five years of civil war that consumed the country after the Soviet withdrawal. The Taliban stopped this violence and stabilised the country, banning poppy cultivation among other things (the country produces 90% of the world’s opium). “Even some Western NGOs privately admitted it was a boon to them. Thanks to the Taliban’s disarmament of the people it became possible for aid workers to travel to the remotest villages without fear of theft of their vehicles, rape and murder.” Today some Taliban leaders have let it be known that they will be happy to see NGOs continuing their work with health and education as long as girls’ schools are separate from boys’.
“Pakistan’s military”, the respected and well informed Pakistani journalist, Ahmed Rashid, wrote on the BBC’s web site last week, “has undergone a dramatic shift in policy in recent weeks. After a decade spent allowing the Afghan Taliban sanctuary and freedom to sustain its insurgency in Afghanistan, it is now pushing for peace talks between the Taliban, the Afghan government and the Americans”. “We believe now there is a change in Pakistan’s policy and General Ashfaq Kayani, Pakistani army chief, is absolutely genuine about helping to bring peace to Afghanistan”, says a senior advisor to President Hamid Karzai”. 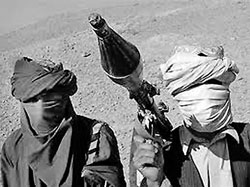 In 2011 the US began secret talks with the Taliban in Qatar but the Taliban pulled out in March, accusing the Americans of continuously changing their positions and moving the goalposts. At the time the US military and the CIA were opposed to peace talks and this hamstrung the US delegation. But a new US policy document signals there is now a much greater consensus in Washington for talks with the Taliban.
Pakistan has supported the Taliban for too long and has paid a bitter, bloody, price with the war increasingly spilling over onto its own territory. Now that Pakistan has changed tack the Americans need to appoint a heavyweight diplomat to take the peace process forward and President Barack Obama needs to personally get much more engaged.
Only a peace deal will protect the humanitarian advances made and secure the country’s economic future. It will end most of the killings too.