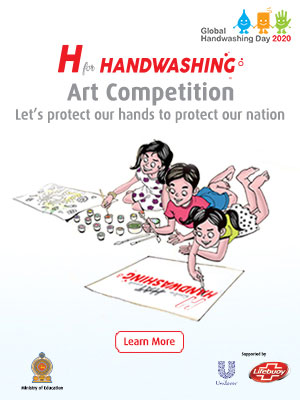 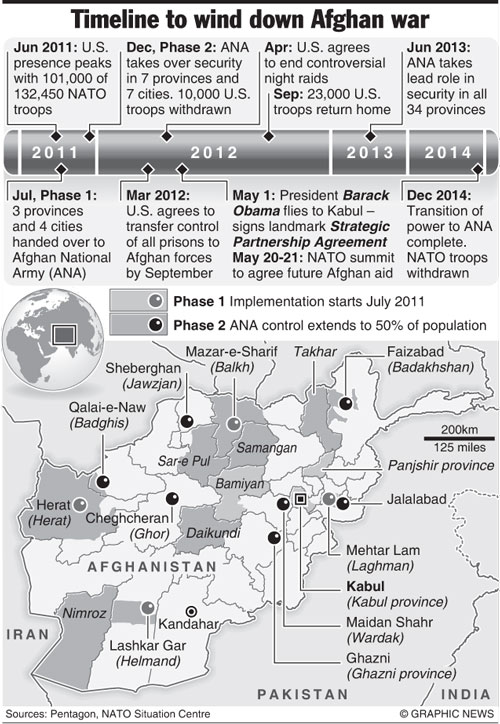 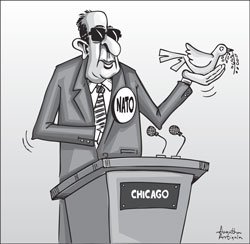 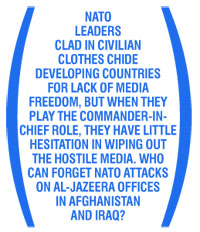 The Belgrade radio station attack which LaForge has mentioned is part of NATO’s war strategy. NATO leaders clad in civilian clothes chide developing countries for lack of media freedom, but when they play the commander-in-chief role, they have little hesitation in wiping out the hostile media. Who can forget NATO attacks on Al-Jazeera offices in Afghanistan and Iraq?
On November 22, 2005, the British Daily Mirror published a front page story drawing reference to what is now known as al-Jazeera bombing memo. The newspaper claimed that the memo recorded a conversation between President George W. Bush and Prime Minister Tony Blair. According to the memo, Bush had allegedly called for a bombing raid on Al Jazeera world headquarters in the Qatari capital Doha and other locations.
The Bush-Blair meeting took place while al-Jazeera was telecasting the civilian casualties and suffering during the Fallujah battle in Iraq. A day before the Bush-Blair meeting, the then US Defence Secretary Donald Rumsfeld had charged that the al-Jazeera coverage was “vicious, inaccurate and inexcusable”. The then firebrand television channel, which has now apparently compromised its journalistic power perhaps under US pressure, defended its live broadcasts of the civilian casualties saying “the pictures do not lie”. In Britain, meanwhile, a further publication of the al-Jazeera bombing memo was banned under the Official Secrets Act. So much for NATO leaders’ commitment to media freedom!
However, in reality, the al-Jazeera offices in Kabul and Baghdad were bombed by NATO aircraft.
Even if all the leaves of Chicago’s trees were sewn together, it won’t be enough to cover the shame of NATO. The crimes continue even while they gathered in Chicago to announce troop withdrawal from Afghanistan by 2014. However, this withdrawal is conditional to a highly improbable development of Afghan government troops being in a position to ensure the security of the country.
With a section of the Afghan army sympathizing with the ruthless Taliban and with the Hamid Karzai government controlling only Kabul, which also regularly comes under rebel attacks, the day when the client regime is capable of ensuring the security of the country is only a dream. The statement on withdrawal is largely an Obama election strategy aimed at assuring the American people, most of whom want the troops brought back from Afghanistan.
After the presidential election in November, we may hear a different story.